Perhaps you’ve heard some of the latest news from New Zealand, detailing their current dairy woes. Since my last article explaining supply management was published, several readers have reached out, asking about New Zealand’s deregulated dairy industry. Long promoted as “the Miracle Down Under“, New Zealand has traditionally been held up by various anti-supply management groups and individuals as an example of how the Canadian dairy sector would prosper if our dairy industry were to be deregulated. Supply management critics purport that dairy prices for consumers would drop, but farmers would be able to compete in the world market and begin to export milk products, thus expanding the dairy sector.

Those dreams have been shattered over the past few months. Due to global issues, such as the ban on dairy products from the EU by Russia and the drop in China’s imports of skim milk powder, global milk supply has increased dramatically, causing prices to drop. The global milk price has HALVED since last February. Farmers in New Zealand now can no longer cover the cost of production by the price they are paid for their milk. Farmers are currently being paid about $0.45 per liter of milk. They are doing whatever they can to cut costs, reducing labour costs, feed costs, and lowering production. The dairy industry in New Zealand accounted for one-quarter of their exports and one-third of their economic growth last year. It’s still too early to put real numbers together, but economic experts expect that this situation will definitely negatively affect New Zealand’s economic outlook as a whole.

But what about the price consumers pay for their milk? The decreased price paid to farmers must coincide with a lower price for consumers? NO! The price of milk in New Zealand grocery stores has actually increased by 3.2% in October alone. Consumers there generally pay between $1.75 and $2.50 per liter of milk. Compare that to our price: approximately $1.48/L, which has risen at less than the consumer price index for the last 30 years, and actually dropped by 0.4% in the last fiscal year. I’ve corresponded with “Kiwi” dairy farmers who complain that consumers don’t seem to realize that the astronomical supermarket costs are not associated with the dairy farmers, who can barely scrape by, but with the processors and retailers who set whatever profit margin they desire.

I suspect New Zealand has now lost the rights to the title “Miracle Down Under”. For both their farmers’ and consumers’ sakes, I hope it doesn’t become the “Debacle Down Under”. 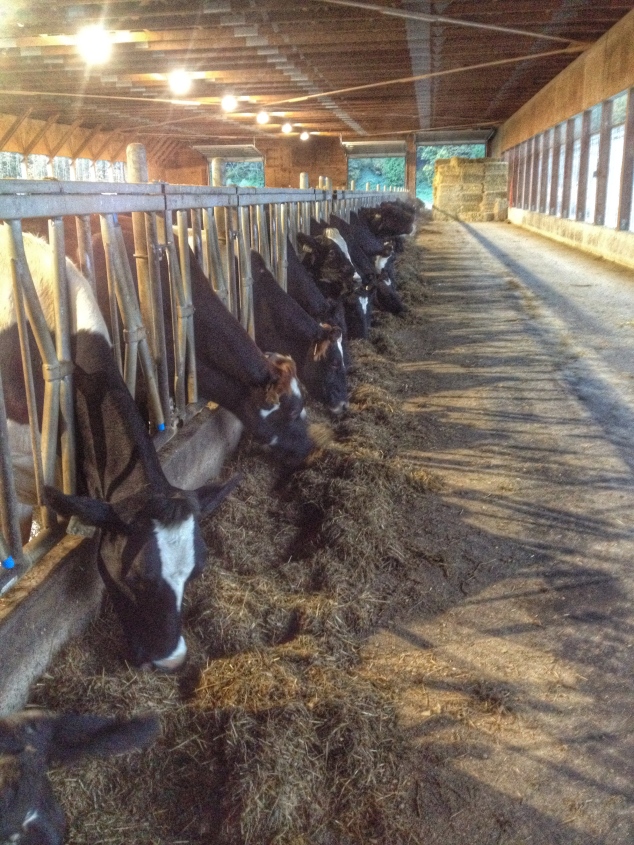 Our 70 milk cows. 76 cow herds are the average in Canada. 98% of our dairy farms are family owned. Herd size in NZ is much higher: 393 cows on average. 25% have more than 500 cows and over 490 of these have more than 1000 cows. 65% are owner operator businesses, the rest are part share or equity partnerships.

Both Canadian dairy farmers and consumers are fortunate to enjoy a dairy industry that is strong, stable, and self reliant. Supply management benefits Canada’s economy as well as our local economies. Milk products, especially fluid milk and cream, are generally sold locally, creating local jobs and revenue. The dairy sector’s GDP contribution increased from $15.2 B in 2009 to $16.2 B in 2011, and has created thousands of jobs, increasing from 215,104 to 218,330 over the same time frame. Additionally, the dairy industry contributes more than $3B in local, provincial and federal taxes every year. A situation like the one “down under” would be disastrous to dairy farmers, would not benefit consumers, and would likely result in economic instability for the agriculture sector and quite possibly for the Canadian economy as a whole. 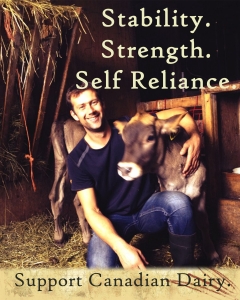 I hope supply management critics and our politicians sit up and take notice: this is NOT the type of future that would be beneficial to Canadian farmers or consumers. The current Trans-Pacific Partnership trade talks are rumoured to be a threat to supply management. Our Canadian negotiators should ask themselves if the situation in New Zealand is one that Canadian voters would appreciate and support. Canada has signed other trade agreements without sacrificing supply management, and, in my opinion, these present global circumstances heavily favour retaining the current system to protect all Canadians – farmers and consumers alike. I challenge our politicians and policy makers to stand up in support of supply management because, really, in all likelihood, the future of dairy would be looking rather grim without it.

Let us know what you think! Leave a reply. Cancel reply